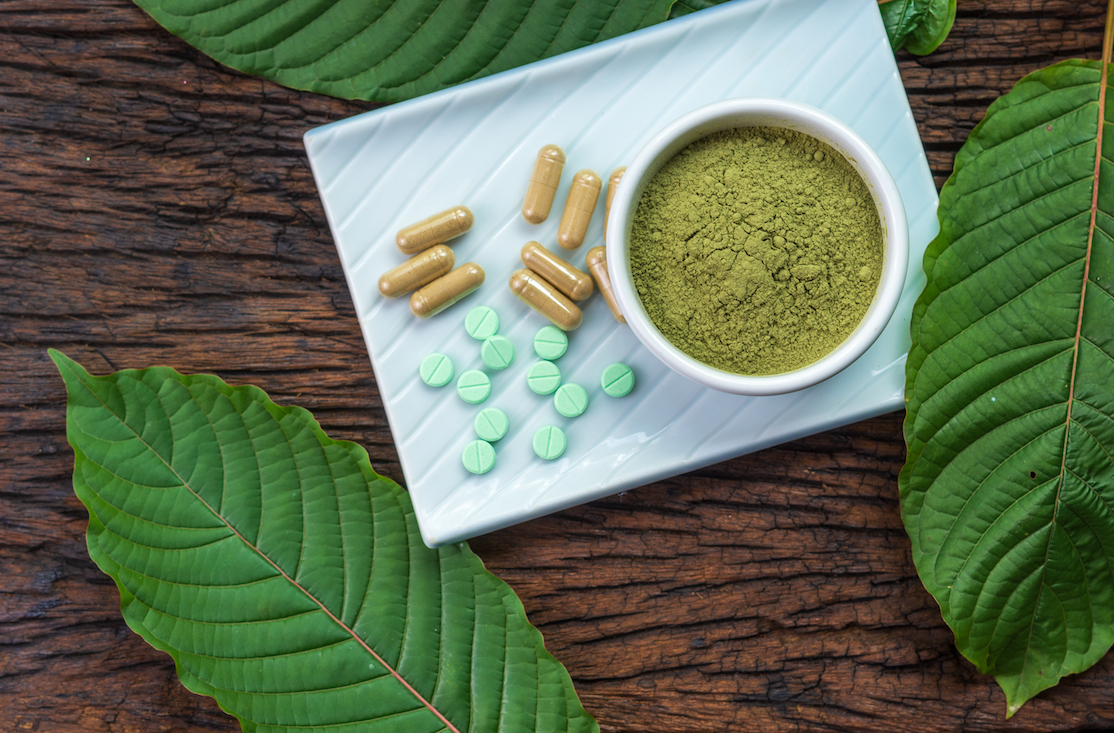 16 Nov Don’t Believe the Hype: Kratom is Addictive and Dangerous

Thinking of turning to kratom for opioid withdrawal?  Think again. Kratom may be just as addictive as heroin and other prescription opioids…..

For those of you who haven’t heard of the stuff, kratom comes from a plant indigenous to Malaysia, Myanmar and Thailand called Mitragyna speciosa. The plant was used medicinally for centuries in these countries but is now illegal in all of them. It is, however, legal in most other parts of the world and it’s being touted by advocates as a “safe” supplement to treat opioid withdrawal. Moreover, its reported “safety” is in part based on the fact that it’s natural. That said, heroin, or “smack”, is derived from the seedpod of the very natural poppy flower, and the last time we heard anyone report that heroin was healthy was, well, never.

Kratom, or Mitragyna speciosa, leaves were originally chewed, but now it’s generally sold in extract, powder, or capsule form. It’s sold as an herbal supplement, but there’s very little oversight when it comes to quality control and labeling. Because of this, buyers often don’t know what they’re getting, particularly if they’re purchasing it online.

There’s global controversy over whether or not kratom should be considered an opioid, but numerous studies show that its key compounds bind to opioid receptors in the brain. In low doses, kratom produces a stimulant effect similar to coffee, but higher doses actually produce a sedative effect that’s more comparable to morphine, heroin and other opioids.

A recent study conducted at High Point University in North Carolina showed two major psychoactive compounds in kratom: mitragynine (MG) and 7-hydroxymitragynine (7-HMG). In the study, test rats were given the compounds separately. The effects on the rats from each compound were then investigated.

The MG was found to be non-addictive. The 7-HMG, on the hand, was found to have a very high potential for dependency and abuse, binding to the brain’s areas that trigger intense cravings for more opioids. Furthermore, these triggers included cravings for other opioids besides kratom. This suggests that some people might need to take increased doses of different opioids to experience the same original effects of the kratom. It’s also quite common for people to switch from kratom to heroin because heroin is ultimately cheaper.

Why Kratom is so Dangerous

While the idea that using kratom to kick your heroin or other opioid habit is an alluring prospect, it’s also a dangerous claim, and it’s one that’s caused many people to relapse. This very claim also has the potential to drive non-addicted individuals straight into a brand new dependency.

Kratom is addictive. Period. It can also lead to dependency on other substances, or back to to the substance that you were trying to kick in the first place. It’s possible to overdose on kratom as well, and there have been deaths reported from its use. Because it’s not closely monitored, however, it’s unknown what the fatal dose is. Who knows if it will remain legal or not, but for those in addiction recovery, or those trying to kick an opioid habit, it’s simply not worth it.

If you or someone you know is struggling with dependency on kratom, opioids, alcohol, or any other addictive substance, Kembali Recovery Center can help. Contact us today to learn more about our four-week treatment program. You don’t ever have to do this alone. All communications are commitment free and completely confidential.